True to our mission– we aim to inspire Filipino-Canadians with personal stories or professional accounts that bear Pinoys’ national characteristics of resiliency, diligence, and hospitality.

Our guest blogger today is Norilyn Oligo-Sarma, an immigration counsel based in Toronto, Canada.

Misrepresentation occurs when information is provided to Immigration Refugee and Citizenship Canada (IRCC) or to the Canada Border Service Agency (CBSA) that is inconsistent, inaccurate, or incomplete.

It’s a serious crime to lie or send false information or documents to Immigration, Refugees and Citizenship Canada (IRCC). This is a fraud, and it is called “misrepresentation.”

Deliberately lying or providing false documents are obviously wrong. Deliberate withholding of information can also be a misrepresentation.

Immigration and Refugee Protection Act or IRPA amended the inadmissibility period for misrepresentation from 2 years to 5 years.

A few examples of misrepresentation:

An applicant filed a visa application that disclosed his prior unsuccessful attempts to obtain Canadian visas but did not disclose an unsuccessful tourist visa application to the United States. The visa officer found it a misrepresentation and found him inadmissible to Canada for five years under section 40 of the IRPA. Still, officers can often issue a procedural fairness letter to explain within 15 days.

An example would be: Mr. Young Juan, immigrating to Canada as a dependent son of a mother who got her Permanent Residence under the Economic Class ( i.e. Caregiver Program ), married after visa was issued, and did not disclose his change of marital status when asked by the CBSA officer.  When Mr. Juan sponsored the wife under the Family Class (Spouse Sponsorship), the IRCC refused his application.

For many reasons, including lack of awareness or knowledge of a family member’s whereabouts in a conflict situation, many newcomers failed to declare some family members on their application. Not including these family members made them ineligible from being sponsored to come to Canada for life.  More often, the parents of dependent children like Mr. Young Juan don’t want to wait for another extension of the waiting period to get the (Confirmation of Permanent Residence (COPR).

As a consequence, the young children will also be coached to ignore–eventually, undeclare the family members.  They didn’t realize the misrepresentation resulted in an exclusion for a family member.

An unauthorized agent submitted false IELTS test results supporting her visa applications. The applicants denied knowledge of the falsity of tests and their application inclusion.

The IRCC officer did not listen to their explanation that the applicant should be held responsible for whatever is included in their applications, even if they are unaware of it.

It will help get qualified advice before proceeding with an application to ensure that you are not at risk of misrepresentation.  Remember, whether you did it intentionally, unknowingly or to protect your family’s motive, the effect of misrepresentation in immigration can have a considerable impact on someone’s life.

Five years of being barred in Canada is enough to ruin a family relationship or someone’s life and future. 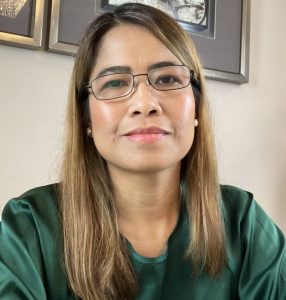