OTTAWA — Canada should start getting a million doses of COVID-19 vaccines delivered weekly in April, meaning the “ramp up” phase of Canada’s vaccine rollout is still more than two months away.

Maj.-Gen. Dany Fortin, the vice-president of logistics for the Public Health Agency of Canada, says the specific delivery schedules for vaccines from both Pfizer-BioNTech and Moderna are now available until the end of February. 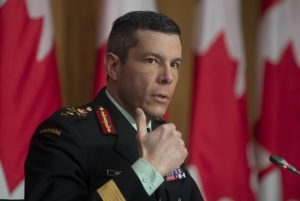 By the end of this week Fortin expects more than 929,000 doses to have arrived, with another 417,000 before the end of the month, and 1.9 million doses in February.

That will leave 2.7 million doses to be delivered in March to get to the six million doses the companies have promised to ship to Canada before the end of that month.

But Fortin says the expectation is that starting in April shipments from Pfizer-BioNTech and Moderna will be close to one million a week, allowing provinces to significantly expand their vaccine programs.

Fortin says efforts are already underway to make sure the supplies and storage needs are identified so everything is in place when the bigger shipments start arriving.

This report by The Canadian Press was first published Jan. 14, 2021.

Note to readers: This is a corrected story. A previous version said Moderna and Pfizer-BioNTech will ship one million doses each to Canada each week starting in April.