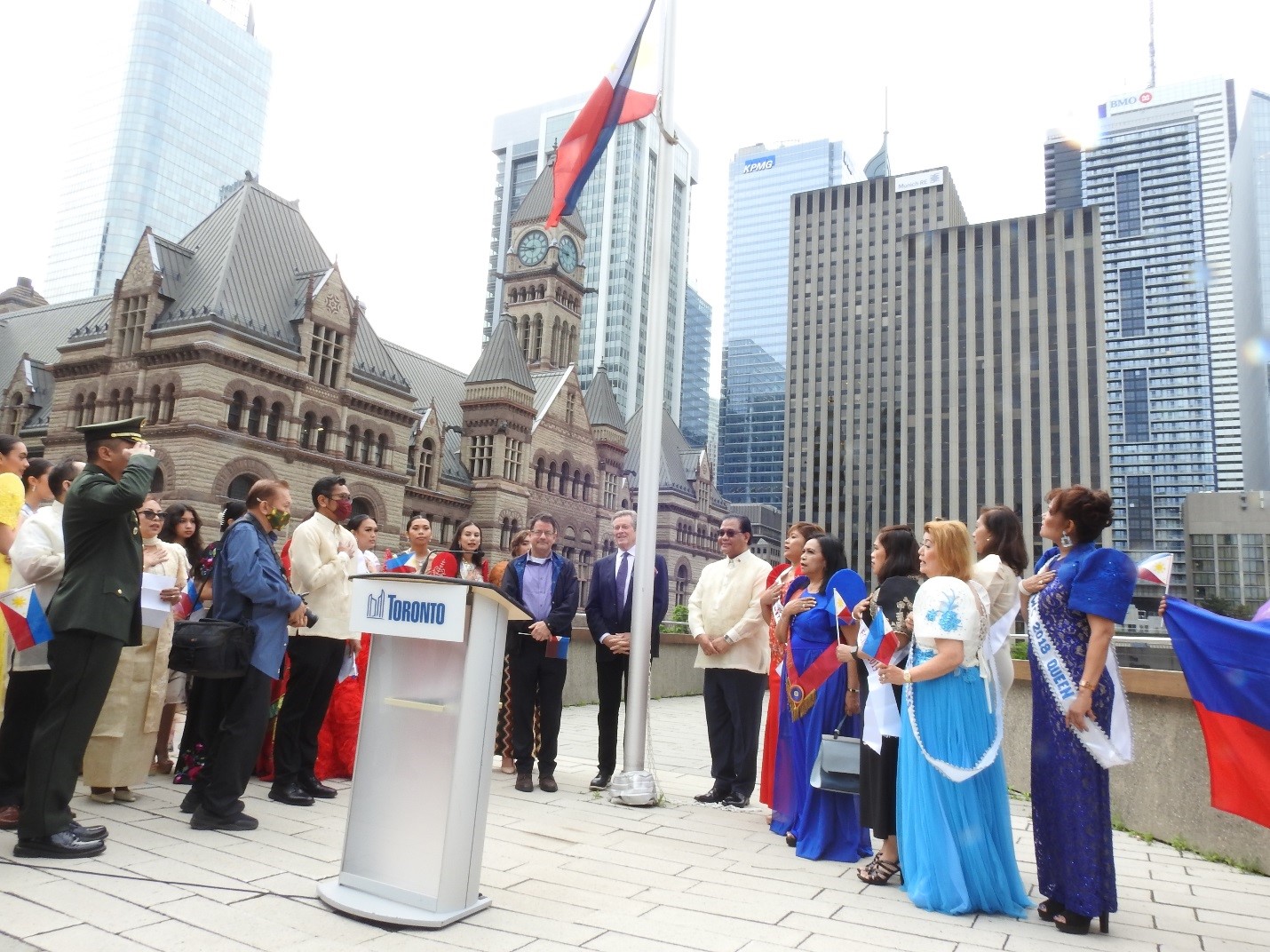 The Philippine flag raising ceremony was led by Consul General Orontes V. Castro and City of Toronto Mayor John Tory with other local government officials, including Councillor James Pasternak and Toronto Medical Officer of Health Eileen Patricia De Villa, who all gave their support and joined in the celebration with the Filipino-Canadian community and the officers and staff of the Philippine Consulate General and the personnel of the Philippine government agencies.

Flag raising in the City of Brampton

In his remarks, Mayor Brown thanked the Filipinos for their positive and significant contributions to the development of the City of Brampton. He then presented Consul General Castro with a Proclamation recognizing “Filipino Canadians have contributed tremendously to the socio-economic fabric of Brampton.”

Consul General Castro presented Mayor Brown and Regional Councillor with a Quincentennial Award for their invaluable and dedicated service to the Filipino community in the City of Brampton.