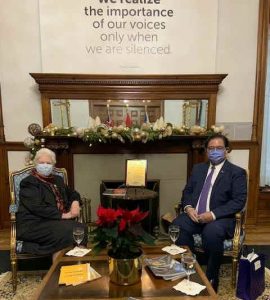 The Lieutenant Governor acknowledged the positive values and significant contributions of Filipinos in Canada and conveyed that the provincial government of Ontario looks forward to expanding bilateral relations with the Philippines. She expressed interest in strengthening further the cultural relations between Ontario and the Philippines.